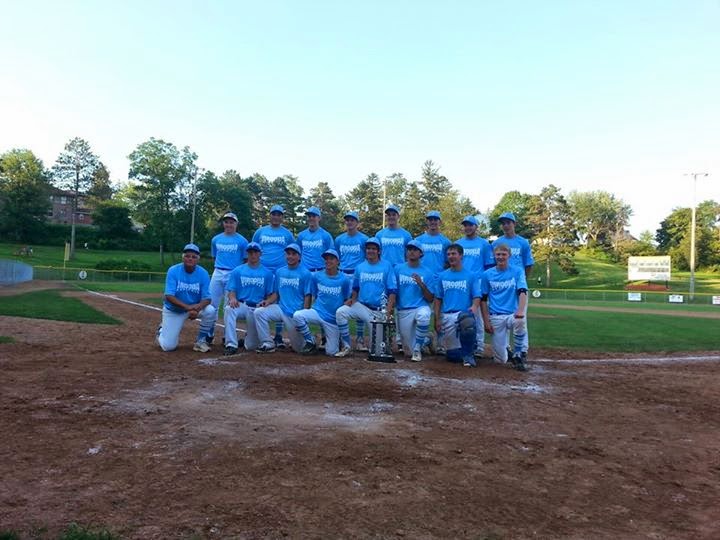 Congrats to the Viroqua Legion baseball team for winning its Regional Sunday afternoon!  They're headed to the Class A State Tournament in Nekoosa, which runs from Wed. July 30 to Sun. August 3.  The ballpark is at 600 S Section St, Nekoosa, WI 54457

It's a standard Wisconsin Legion Baseball double elimination tournament, so Viroqua is guaranteed at least one more game sometime on Thurs. (9:30 am Thu. if they lose Game 1; 4:30 pm Thu. if they win Game 1).

Games will be broadcasted by Vernon Communications at http://www.vernontel.com/live.html  and also WVRQ radio's stream -- http://www.ustream.tv/channel/wvrq-sports

Also, Congrats to the Viroqua 16-and-under (Junior Legion) for making it to the 16U Junior Legion State Tourney in Burlington.  Unfortunately, Viroqua lost both its games at State.  It is still quite an accomplishment to get to State at this level, since there are no classes splitting up small v. large cities at the 16U level.
Posted by 42 at 8:16 AM